Footshop supports art long-term through stores that have their own galleries and that organize different art events and exhibitions. At the beginning of 2018, the Bratislava-based photographer Lousy Auber, with whom we have collaborated in 2017 on an apparel collection, got in touch with us because he just got a permit to work on the largest street art project in Central Europe after two years of negotiations. We have partnered up with the Bratislava Street Art Festival (BSAF), under whose program we’ve created the whole piece on the iconic building of the Hotel Kyjev in the center of Bratislava.

The largest street art in Central Europe, which has 65 meters in height, was created at the end of June. This 40-year-old iconic building, which has not been renovated in the past 20 years, was chosen by the artist and photographer Lousy Auber during the annual Bratislava Street Art Festival, which takes place nearby. The author had picked the circle as the visual, which is also a significant element in the hotel’s interior, designed by the architect Ivan Matúšik. Lousy had transferred the circle to the facade made of almost 1500 rectangle windows. The project itself was created by 17 mountain climbers in three days. 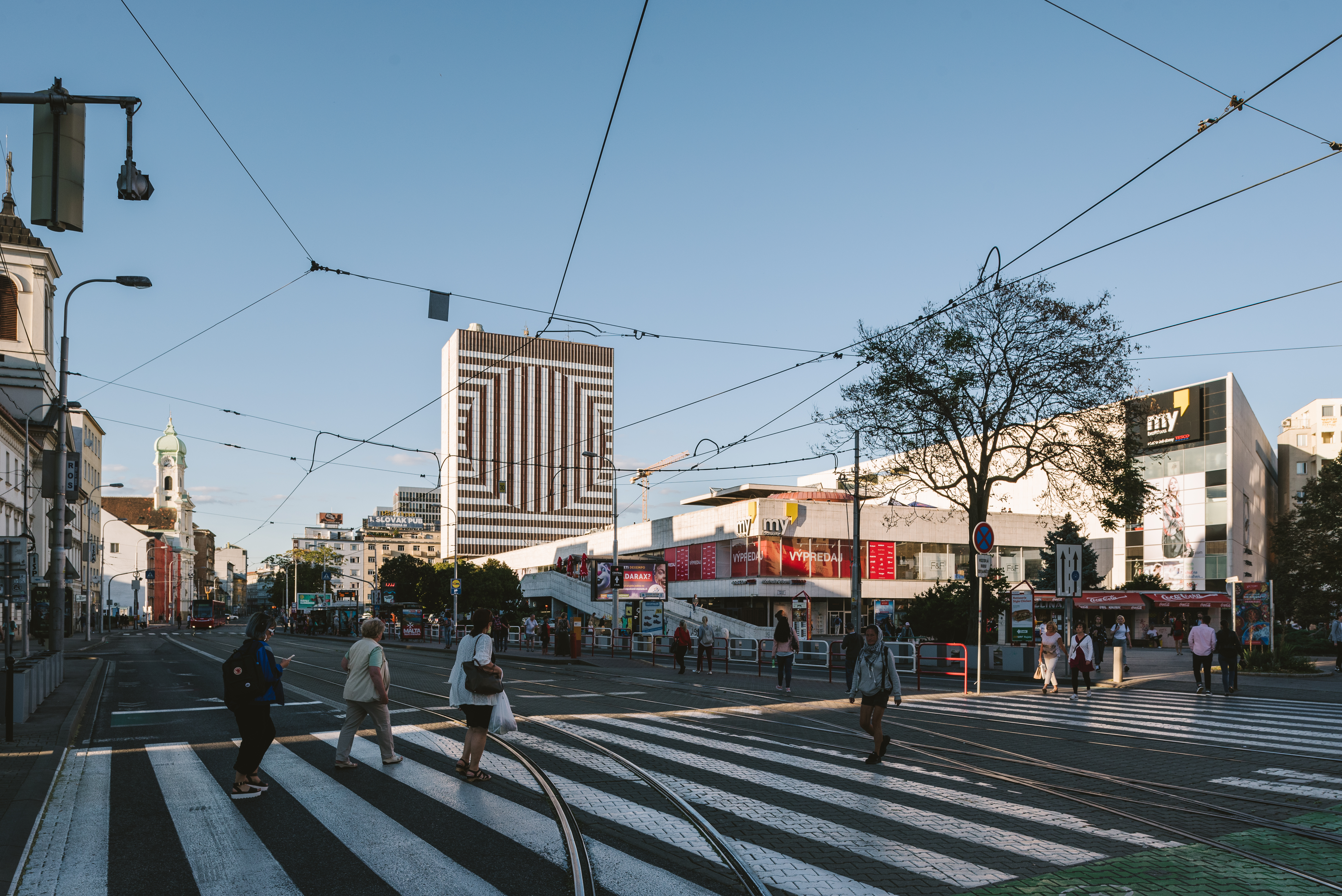 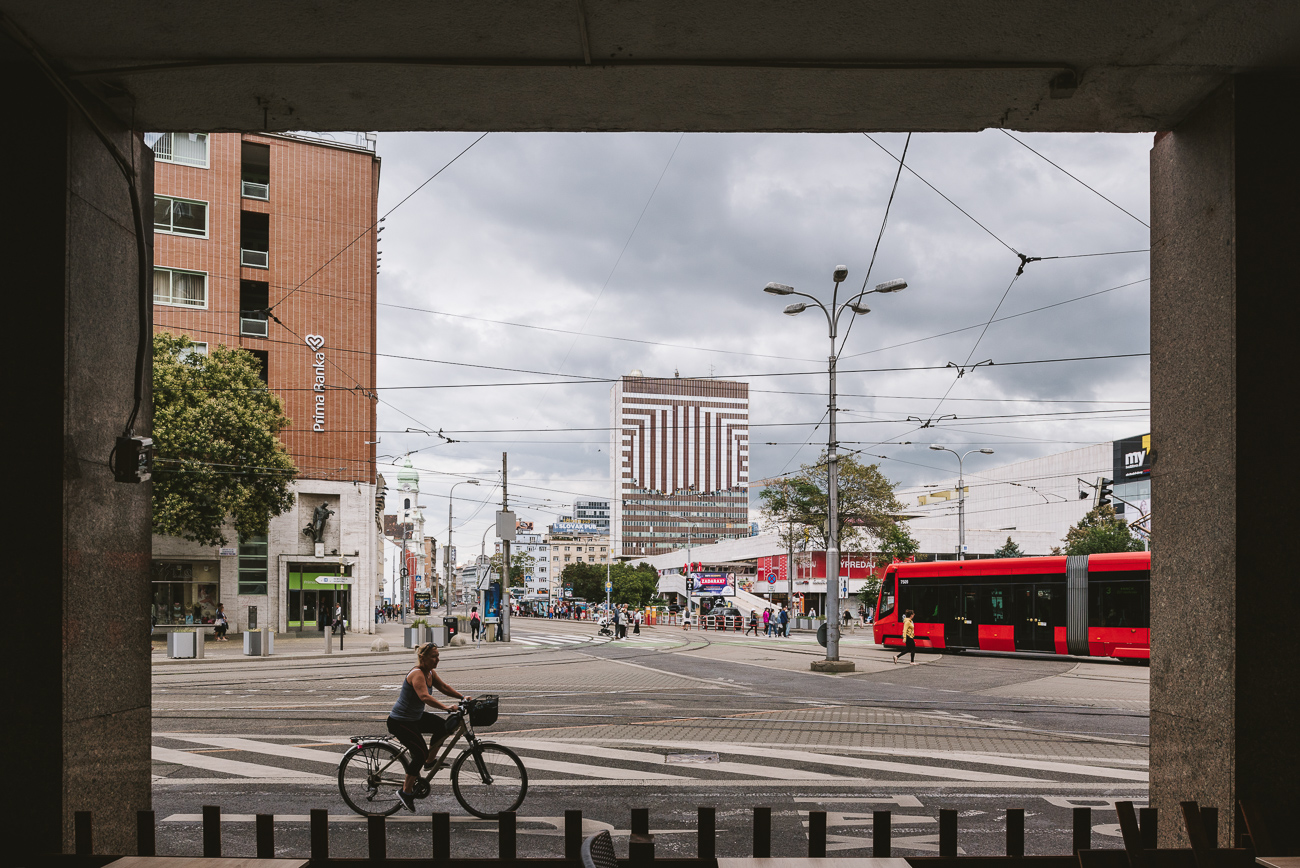 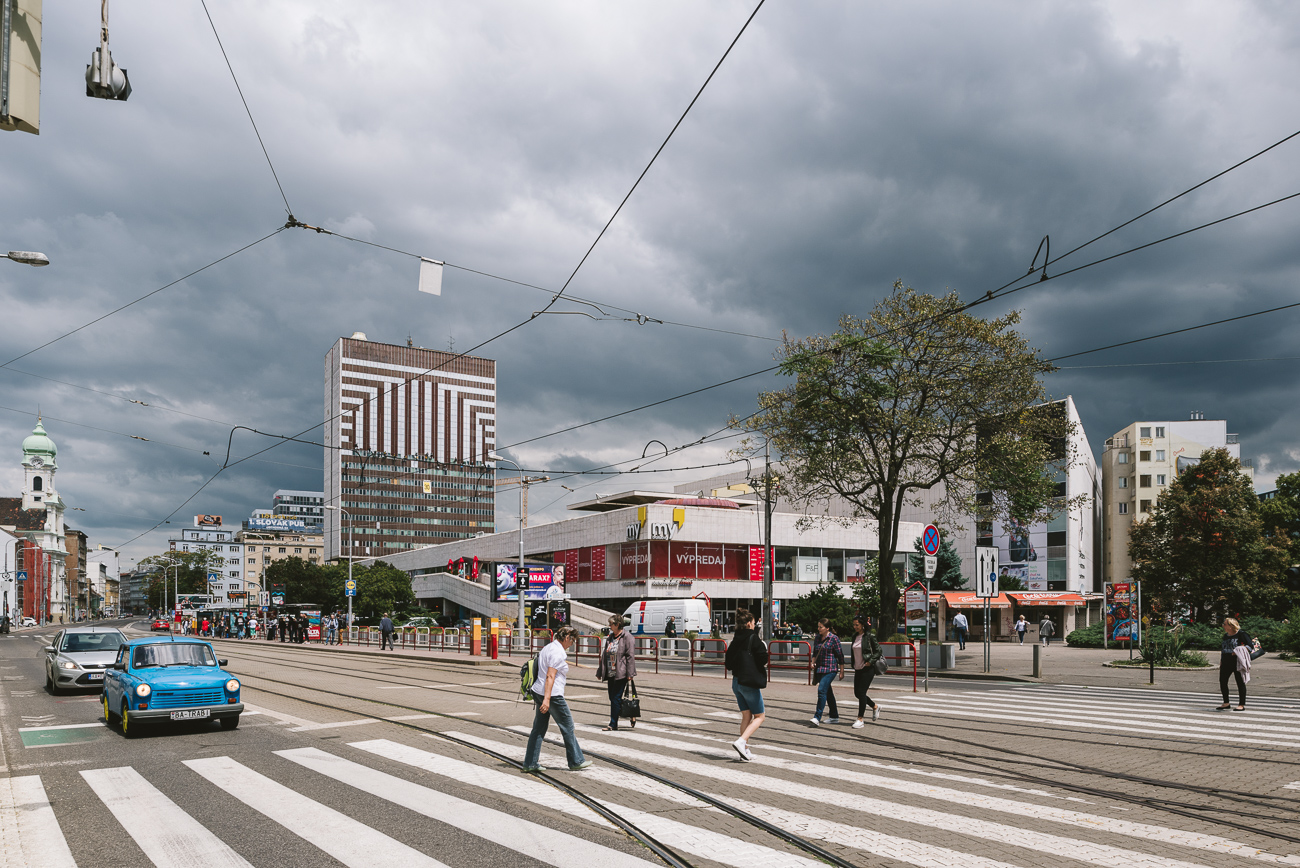 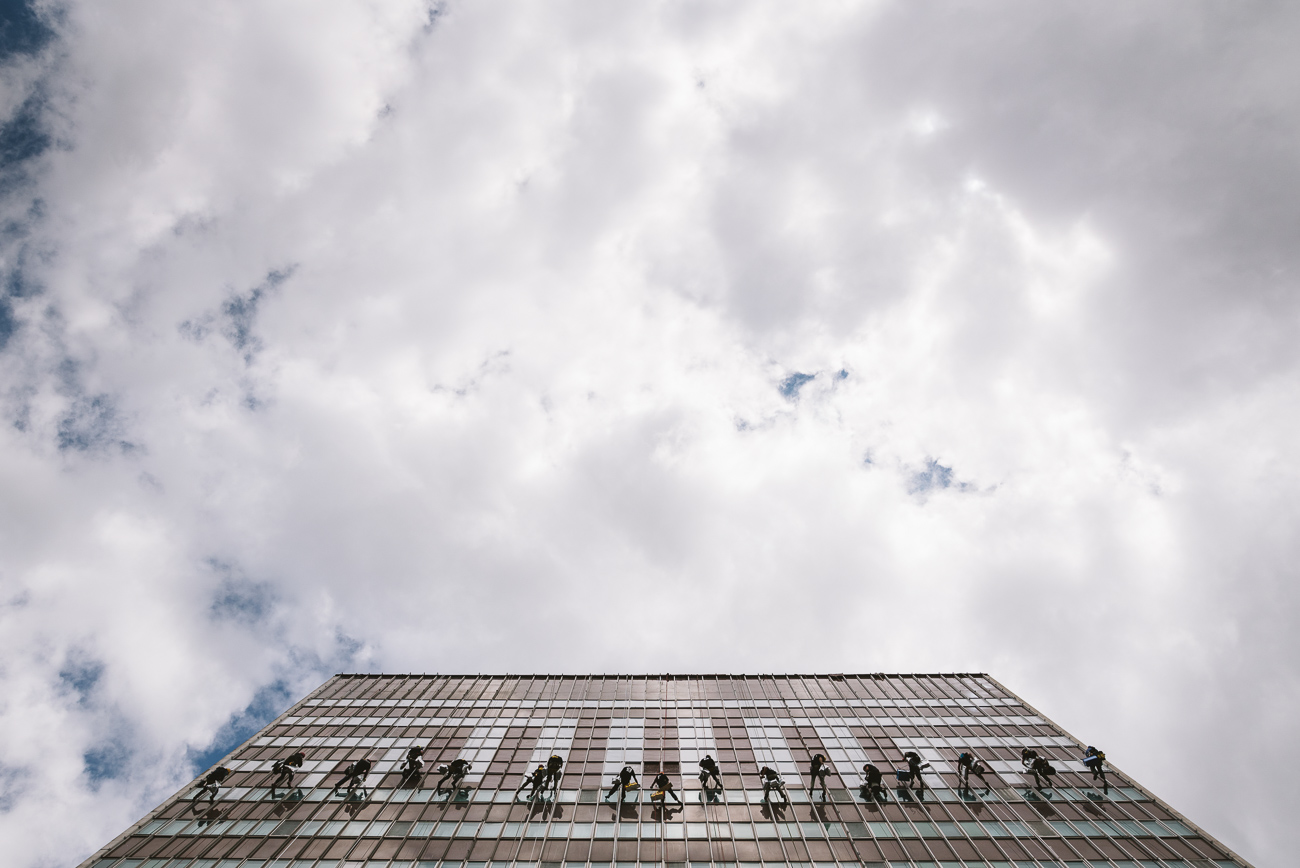 Footshop has created merchandise with the original logo of Hotel Kyjev and a very limited series of jerseys that had the same design as Lousy’s art project on the facade. It was a simple design, but it presented the Hotel Kyjev project in new dimensions. The combinations of black and white create a functional symbiosis which won’t get lost in any wardrobe.

Discover The Whole Collection At Footshop